His bundle pacing: a new look at the method 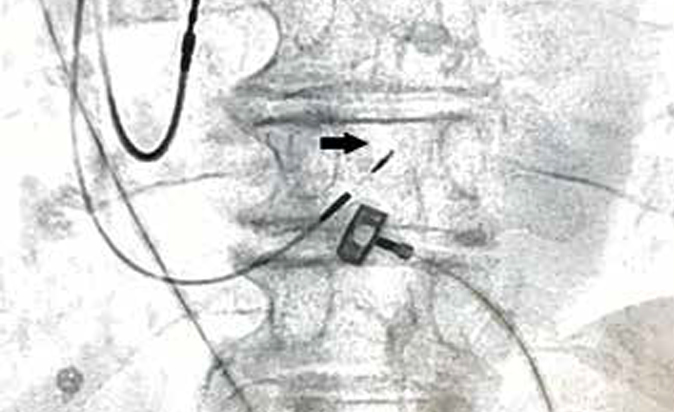 Recently, His bundle pacing (HBP) has become a possible alternative to aright ventricular (RV) apical pacing, as well as biventricular pacing, which implements a nearly physiological impulse propagation throughout the cardiac conduction system. According to the guidelines of the HBP working group [1], the bundle of His (BH) is a part of the atrioventricular (AV) node, the pacing of which leads to functional involvement of the left and right bundle branches without decrement. Modern active fixation leads and delivery systems make it possible to successfully provide stable long-term HBP. According to the meta-analysis with 1438 patients from 16 centers [2], the median success rate of permanent pacemaker implantation using a HBP is 84,8%; the mean pacing threshold during insertion and after 3 months of follow-up is 1,17 V and 1,79 V, respectively.

For HBP, both standard active fixation leads and a special lead, which is arranged like an inner cable, are used; its outer diameter is 4,2 Fr. This lead has no internal lumen; therefore, a delivery system is required for implantation. The most commonly used delivery system is 43 cm long with an inner diameter of 5,5 Fr and an outer diameter of 7,0 Fr. It also has two curvatures: the first is designed to reach the top of TV ring, and the second directs the lead perpendicular to the IVS. An alternative delivery system is mainly used for abnormal cardiac anatomy (enlarged right atrium, low-lying BH, etc.) [5]. Once the above delivery systems and leads were introduced into clinical practice [6], the success rate of the procedure reached 92,1% compared to earlier studies — 54,6% (p<0,001) [2], which led to the active spread of this technique. During implantation, it is necessary to use an analyzer that allows evaluating unipolar electrograms (EG) and monitoring the pacing parameters. To correctly assess the lead localization, it is necessary to duplicate the signal from the electrode to the electrophysiology recording system; it is important to use 12-lead electrocardiography (ECG) [7].

After obtaining vascular access, a guidewire is inserted into the right heart, along which the delivery system is installed, after which the guidewire is removed. The lead is then inserted into the delivery system so that its coil extends slightly outside the distal part of the system, which is monitored by fluoroscopy. Clockwise rotation of the entire structure allows the system to move closer to the ventricle, and counterclockwise rotation — to the right atrium. To facilitate locating, an electrophysiological catheter can be inserted into the BH area using a femoral approach. The implantation of the lead into the BH area is mainly based on the electrophysiologi- cal mapping. It is necessary to achieve the atrial/ ventricular ratio of 1:2. It is also very important to obtain a clear BH signal since this shows that the lead coil adequately contacts with the IVS.

Once a suitable site has been found, the tissue response to pacing can be assessed. It is recommended to start pacing with an amplitude of 5 V and a pulse width of 1 ms. A threshold of less than 2 V/1 ms is considered acceptable by most researchers [7]. In the future, it is recommended to program the stimulus amplitude at least 1 V above the pacing threshold value [8]. Next, the lead is fixed as follows: holding the delivery system in the left hand, the lead is screwed 4-5 times clockwise with the right hand. The presence of the BH current of injury (occurs in 40% of cases) indicates a subsequent decrease in the pacing thresholds and is a favorable prognostic factor [9] (it is recommended to change high-pass filter settings from 30 Hz to 0,5 Hz, which will provide a better quality of the BH signal) [1].

According to the multicenter analysis, there is a learning curve for this technique: after about 40 implantations performed, the fluoroscopy duration decreases, operators more often refuse to use backup pacing lead, and the stimulation thresholds become lower [10].

There are two main types of HBP [1]: selective (S-HBP) and non-selective (N S-HBP). Differentiation between these types of pacing is carried out depending on the presence of conduction defects throughout the His-Purkinje system and using 4 main criteria:

The selectivity of the HB capture depends on the individual anatomical features, the impulse amplitude, and the lead location relative to the HB, the surrounding atrial or ventricular tissue [11].

With S-HBP, ventricular excitation occurs only through the BH, and the following signs are revealed:

With NS-HBP, there is a combination of impulse conduction throughout the BH and the adjacent ventricular tissue:

In long-term follow-up of patients with de novo implanted devices, there were no significant difference in mortality and hospitalization rates due to heart failure (HF) between NS-HBP and S-HBP.

In the study comparing NS-HBP and S-HBP with IVS pacing, according to SPECT/MRI system, left ventricular (LV) synchronization was higher with HBP compared with IVS pacing [16].

Currently, the following groups of indications for HBP can be distinguished:

The study with 765 patients and a follow-up period of 725 ±423 days compared RV and HBP pacing. The latter was successful in 92% of cases. Analysis of primary endpoints (mortality, hospitalization rate due to HF, and replacement rate with biventricular pacing system), the HBP group (83 of 332 people, 25%) had a significantly lower number of these events than the RV group (137 of 433, 32%; hazard ratio 0,71, 95% confidence interval 0,5340,944; p=0,02); there was also a trend towards a mortality decrease [17]. The success does not appear to differ in patients with nodal and infranodal AV block [18].

In the study evaluating the long-term 5-year outcomes of HBP versus RV pacing after implantation, both lead revision (6,7% vs 3%) and device replacement (9% vs 1%) were required more frequently in the HBp group [19].

The indications for AV node destruction followed by pacemaker implantation are reflected in the 2018 American Heart Association guidelines and the 2019 European Society of Cardiology guidelines [20][21]. AV node destruction may be considered in cases where the atrial fibrillation cannot be controlled by other means.

The first successful HBP use in clinical practice was described by Deshmukh P, et al. in 2000 [22] in patients with permanent atrial fibrillation, cardiomyopathy, and without widened QRS complex. During the follow-up period, there was an increase in the ejection fraction (EF) and a decrease in the LV size.

James TN and Sherf L in 1971 determined that BH cells have longitudinal localization mainly, which distinguishes the HB beginning from the AV- node cells; cells are initially predisposed to the right or left branch, and between their tracts there are connective tissue septa [24]. Later, this theory was also confirmed by Narula OS in 1977: in a patient with left bundle branch block (LBBB), pacing of the BH distal part led to a complex narrowing and elimination of branch block, suggesting a possible more proximal nature of LBBB [25]. However, it is known that there are cross-links between longitudinal fibers in the BH [26].

In the study aimed at analyzing the block level, an electrophysiological examination in patients with LBBB revealed that the proximal left branch lesion is the most common type (46%), and, accordingly, in most cases can be corrected using HBP. However, in 36%, there is a distal Purkinje fiber defect, which cannot be changed by HBP. It should be noted that distal and proximal defects can coexist in one patient [27].

Despite the development of biventricular pacing techniques, the incomplete response rate to resynchronization therapy remains 30-40% [28]. The study by Barba-Pichardo R, et al. (2013) described the first clinical cases of HBP in patients who had indications for resynchronization therapy, but the coronary sinus cannulation was not possible [29]. During the study, the authors noted a significant QRS narrowing. Lustgarten DL, et al. (2015) in a prospective crossover study compared the outcomes of HBP and biventricular pacing [30]. There was an improvement in LVEF and a decrease in HF class in the groups with biventricular pacing and HBP, but no differences were found between the two studied methods. The study in acute implantation has revealed the advantage of HBP over biventricular pacing [31].

In the randomized HIS-SYNC trial [32], it was demonstrated that patients with HBP had better resynchronization rates based on ECG results; their echocardiographic response was higher but this difference was not significant. The main reason for the failure and switching from HBP to biventricular pacing was the intraventricular conduction defect associated with a distal lesion. In this regard, the HIS-SYNC 2 trial is planned, which will not include patients with impaired intraventricular conduction.

In addition, HBP is a promising direction for the treatment of patients with RBBB and decreased EF.

In the study by Sharma PS, et al. (2018) [33], it was shown that HBp led to a QRS narrowing and LVEF increase. However, no direct comparison with biventricular pacing was made.

Another promising area of HBP is His-optimized cardiac resynchronization therapy. In the study, patients with indications for resynchronization therapy and nonresponders to standard biventricular pacing were implanted with a LV and HB leads, which provided a different excitation vector. The successful implantation rate was 93%; echocardiographic performance improved in all patients who underwent insertion; 28% of patients had an increase in LVEF by more than 20%; 84% of patients achieved class I HF [34].

Due to the impossible delivery of the lead into the RV through a mechanical valve prosthesis, HBP from the right atrium provides ventricular pacing in such patients. There are few cases of such implantations [35]. Since the reliability of the technique has not been investigated in this group of patients, in the described cases, a backup LV lead was always implanted.

Limitations of the technique

The failure rate of HBP ranges from 10 to 15%. There are the following reasons: high pacing thresholds; the history of TV replacement; the impossibility of reliable lead fixation; low ventricular sensitivity; atrial oversensing; atrial pacing; permanent intraoperative RBBB (3%) [36]. Also, the failure reasons can be imperfect delivery system and lead design (the lead has no stylet lumen, which makes it difficult to control); anatomical features of the BH (small size, atypical location from the LV side); lead dislocations.

Device programming for His bundle pacing

At the moment, there are no devices specifically adapted for HBP. Some authors suggest developing optimal intervals appropriate for specific clinical cases involving HBP [37]. The main factors on which the selected program of device will depend [8]:

To date, the experience of HBP lead extraction has been described in only one single-center retrospective study [38]. The most common indication for extraction was extra high pacing thresholds (74%), and their increase is most likely caused by lead microdislocation. Successful extraction was achieved in 97% of cases. Lead reimplantation was performed in 22 patients, with success in 19 cases.

HBP is a promising, rapidly developing area that can change our views on pacing, in particular on resynchronization therapy. Many experienced operators note the equipment imperfection, but the available tools allow in the vast majority of cases to achieve the desired result.

If earlier the resynchronization therapy included only biventricular pacing, now there are following new approaches: HBP, LBB pacing, and LV endocardial pacing. Perhaps the next stage in cardiac electrotherapy development will be a more detailed non-invasive assessment of the heart’s electrical activity, followed by an individual selection of the device and pacing technique.